This Week In Fresh: VMA Edition 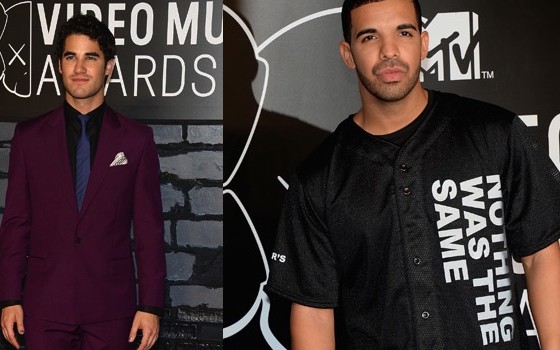 The MTV Video Music Awards took place last night and lots of stars showed up and showed out.   Overall, I’ll admit we were a bit disappointed in the fashion choices of some of our favorite celebrities.   At any rate, check out some of the most notable looks of the night. 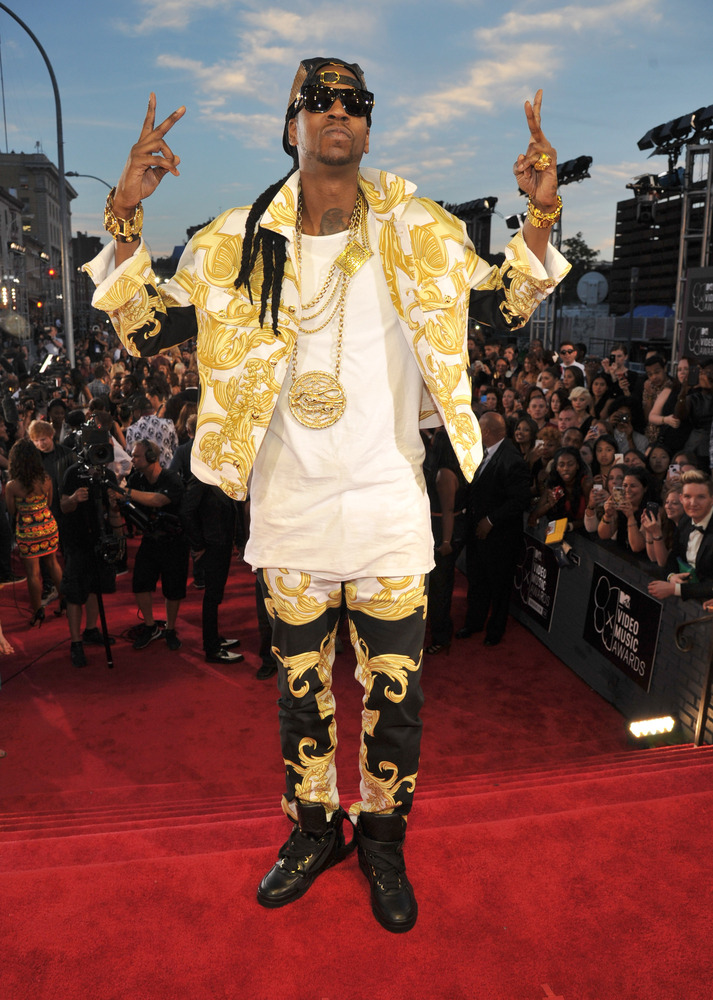 Judging from 2 Chainz’s ensemble,  he’s no longer concerned if the feds are watching.  His Versace look failed to impress. 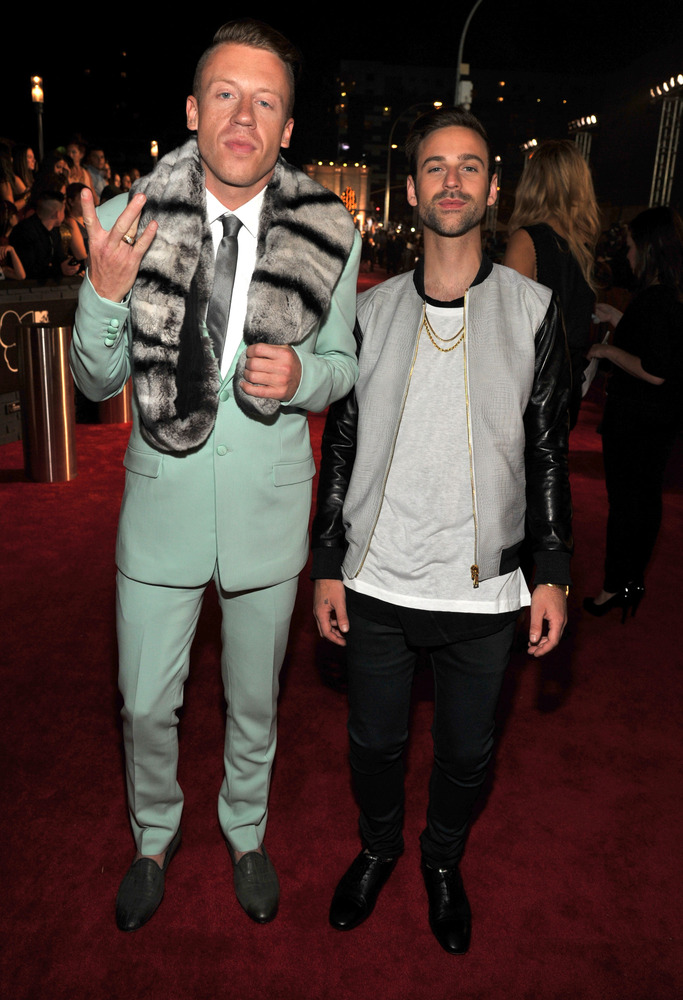 We were kind of digging the pistachio green suit from Macklemoore minus the stole. 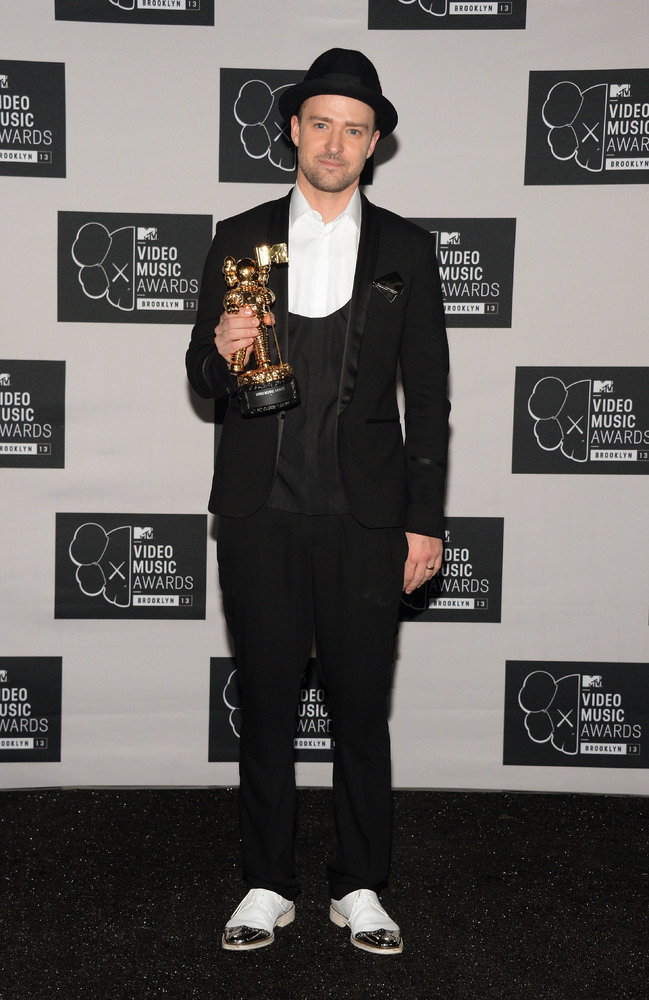 We are really feeling Justin’s shoes and hat.  Don’t think he needed the blazer. 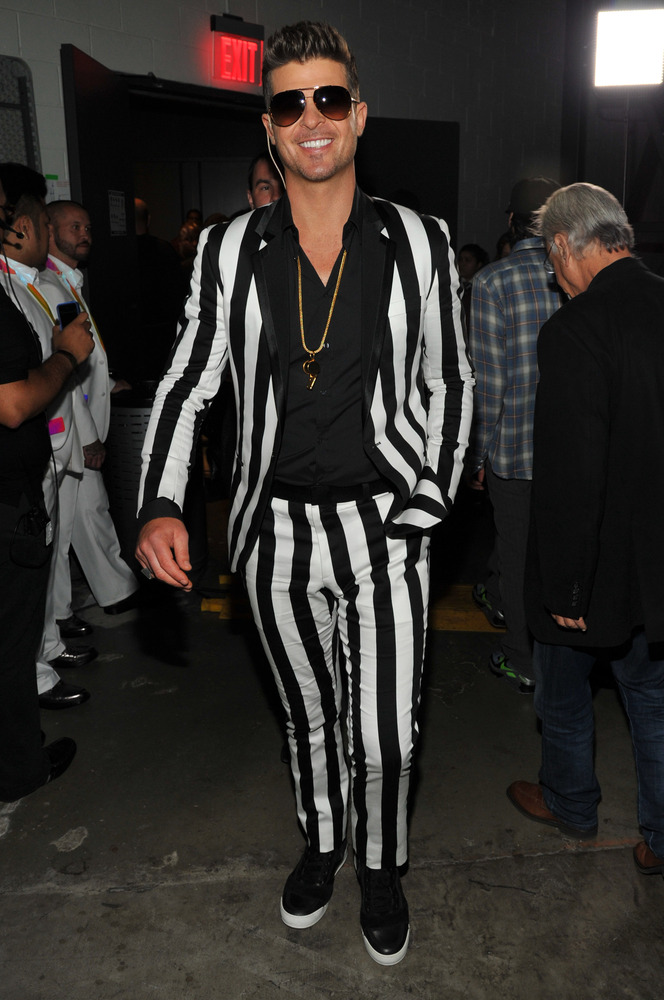 Robin Thicke blurred the lines in a number we like to Beetlejuice Bespoke. 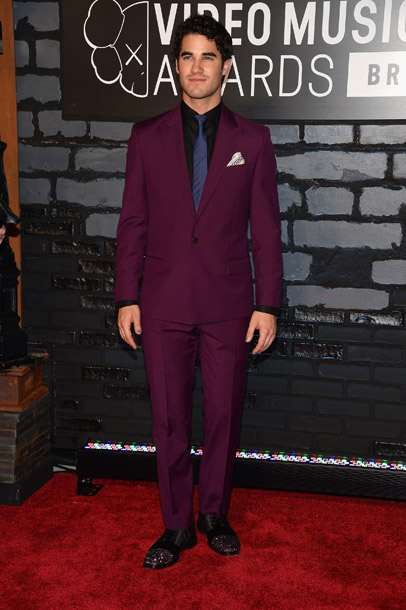 Darren Criss rocked a purple suit to the awards.  Love this look but it was a little too dressy for the event. 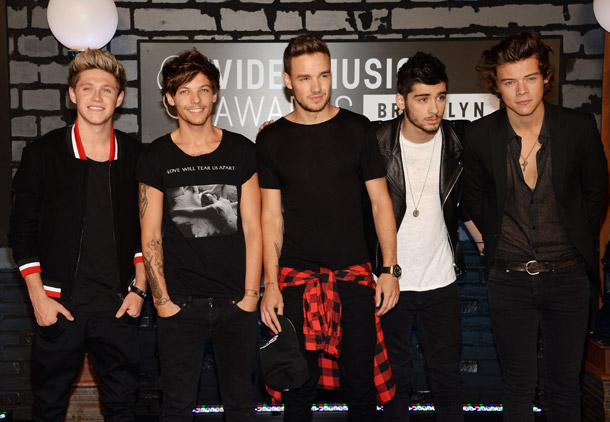 One Direction is definitely one of the best dressed boy bands in about 10 years. 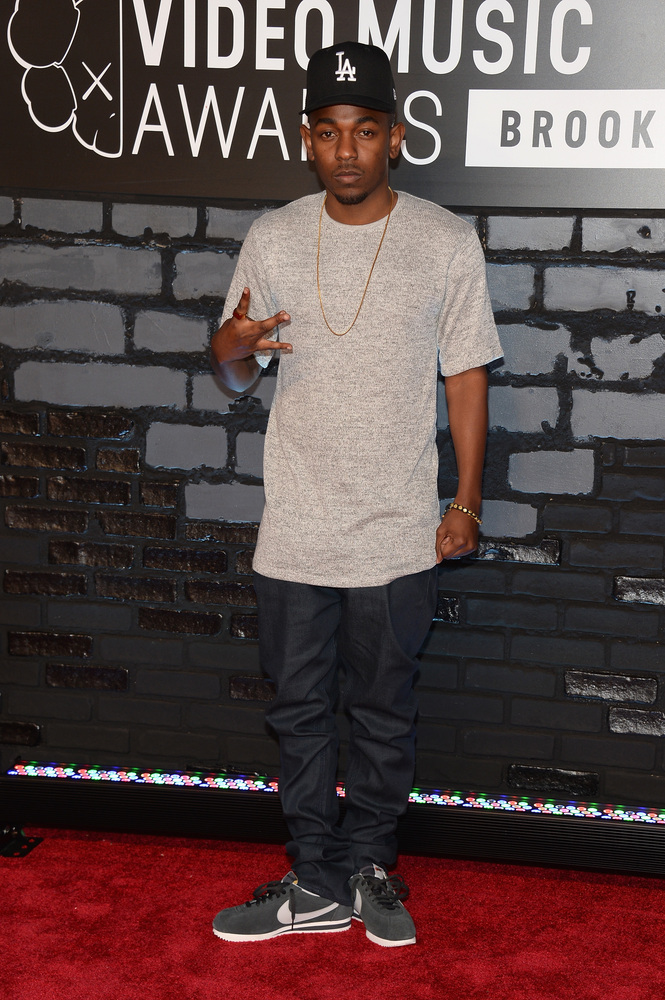 Kendrick stayed true to his word by rocking  a tee shirt and Nike Cortez. 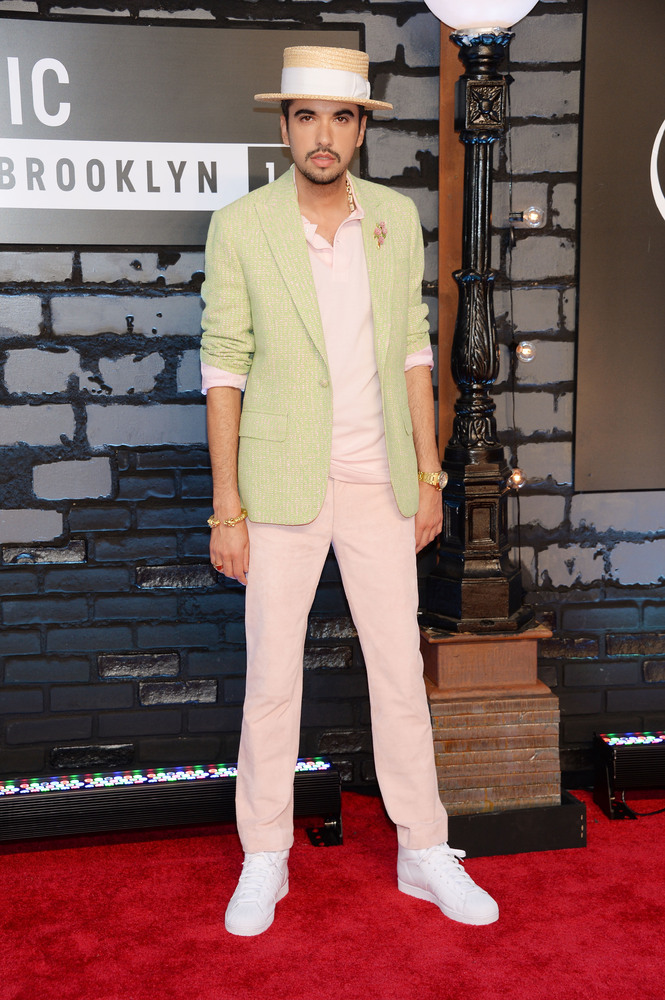 DJ Cassidy in his signature boater hat.  Would have added a white button down to break up the peach/pink.

Wiz Khalifah rocking a cool little look.  Not a fan of the shades. tho. 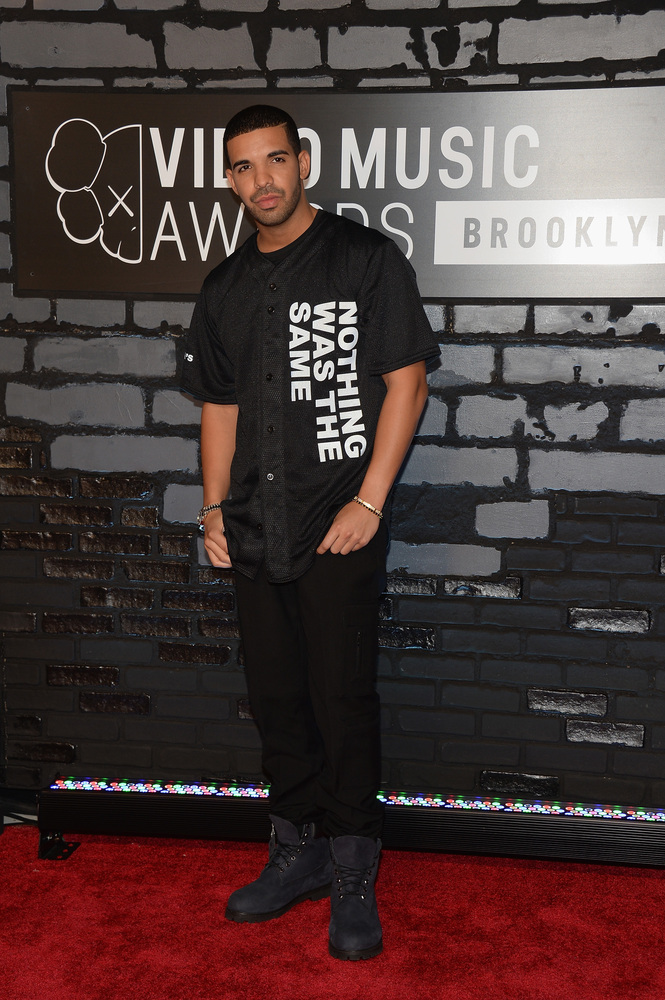 Drake rocks the baseball jersey trend and promotes his album at the same damn time. 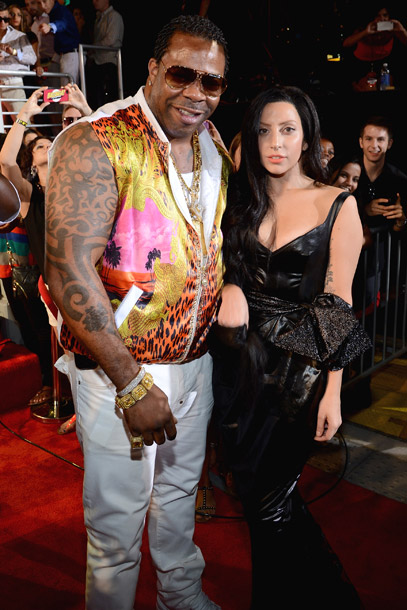 Busta Rhymes insists on wearing armless jackets that are way too small for his brolic frame. 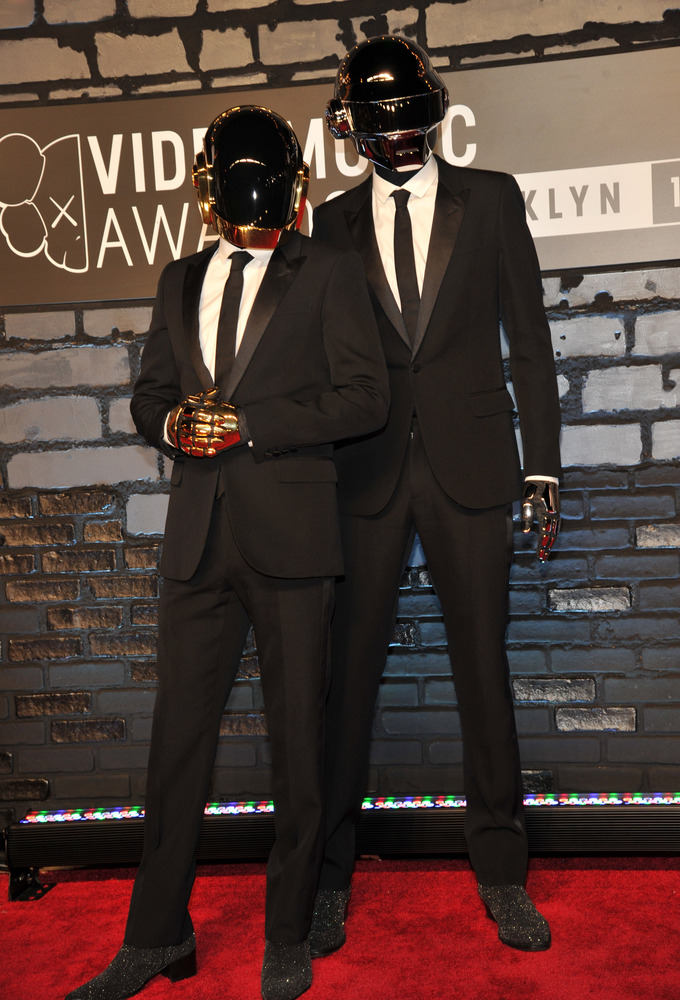