This Week in Fresh: NFL Draft 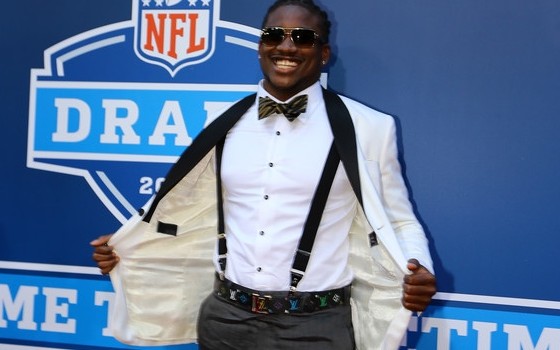 The NFL draft is an important time.   Fans are glued to the screen as players lives are changed by each announcement that has been made.  More recently, what the players are wearing has become a top of discussion.  Last year’s draft bore witness to some of the worst mens suiting we’ve seen in a very long time.  This year, the players got the memo and we got to see well suited gentleman who aren’t sample size but sartorial nonetheless.   Check out some of the looks we thought were notable.

(PS: Use your mouse over the photos to see the comments on each look)