The Journey To Sample Size 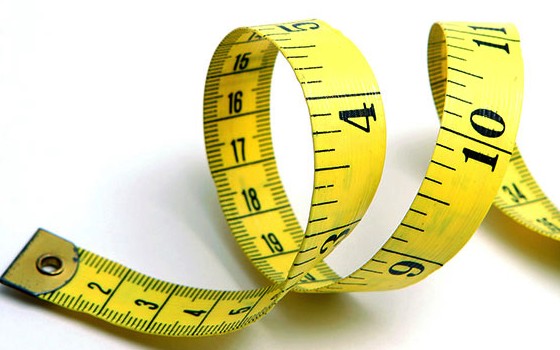 My name is Chris Law and I’ve been overweight the majority of my life.

As a teenager, I just learned to live with it. One, I didn’t think weight loss was something a teen should do and two, I didn’t know how I would lose it even if I wanted to. I was not athletic and despite many requests from both the coaches and family to join the football team,I never did.  As I got older, weight gain never seem to bother me. I was big and that was it. It didn’t affect my style because I always found clothes that worked and I always put them together better than most.

Then college happened and after several attempts to date the pretty girl, I found myself being turned down like desert at the end of a full meal.  So I tried to lose weight so that I’d be desirable.  So the summer of 2003 (going into my junior year) I lost twenty pounds, I got contacts and I finally felt like I was (insert dated term).  But my weight loss while appreciated, resulted in no chick being interested and by December of that year, I had gained back the weight and probably a little more.

My struggles with weight gain and loss continued for the next few years, I’d go through really intense workouts and diets, I’d lose weight and then have a bad week and give up. I started to come to the realization that maybe weight loss wasn’t for me. I should just accept this gut and deal with. While there isn’t as much pressure for men to be in shape as women, there also doesn’t seem to be much support for men who aren’t in shape.  The big and tall retail is limited at best, there’s no one pushing for plus size models on mens’ runway shows and so forth.

Like many people who struggle with weight, they don’t make a change until they are shamed to or have to.

A few years ago, after a routine physical, the doctor had some disturbing news. I had gained over 35 lbs and was at the heaviest I had been in my life. My cholesterol was through the roof and the doctor said I was very close to having a heart attack.  It was scary and sobering news.  The doctor told me I had to lose weight or I’d have to be put on heart medication.

And so began the first part of my journey. I worked out, ate a stricter diet, cut my alcohol intake down, substituted white bread for wheat, less carbs intake and etc.  I lost about 40 lbs and had no more health issues.  It was not easy but I did it.

But I was still overweight, I still didn’t feel confident and I still felt “big”.

So many times I would go to blogger events or brand campaigns and couldn’t fit any of the clothes. I also realized that although there’s nothing wrong my size or being this size, it wasn’t what I Wanted.  I wanted to be more fit. I’ve made great strides this year but I didn’t want to drop weight like I had an album coming out. I want my weight loss to be lasting and what looks best for my body, not what looks great on the scale.

I’ve decided to share my journey with you all because being fresh is all about being your best self.

From now until next year, I’ll be sharing my journey with you all.

That journey is called the #journeytosamplesize


You inspire me so. I’m trying to get healthier in 2016 and I look forward to reading (and seeing irl) your adventures.


I’m so glad you’re sharing this! To be honest, my heart dropped when I read about you being close to having a heart attack in the past. I’m so proud of you for taking the initiative to embrace a healthier lifestyle. It’s really difficult to lose weight and stick to clean eating. You’re inspiring many.

I also find it interesting that there’s no push for inclusivity in terms of plus size men on the runway or even when it comes to clothing options. Nonetheless, you are such an inspiration and I’m excited to read about your journey. Love you much! xx


Chris, thank you for sharing your honesty. I’m rooting for you! xo


[…] brand but I also wanted to see what they had in store for me this season.  Moreover, since my #journeytosamplesize. I’ve been excited to see what my new size was like in some of my favorite […]


Awesome story, you are a real inspiration man and its really great to read how you can lead such a happy and healthy life. I have tried losing weight lots of times but its far too difficult and sometimes unfortunately its not until something awful like a heart attack happens that it makes us change. Best of luck on your journey and keep up the good work.