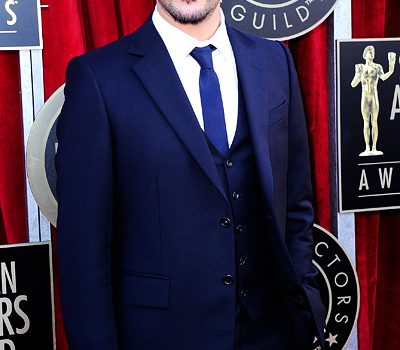 The SAG awards were held yesterday.   Overall, the men played it pretty safe and there wasn’t very much to cover. However there were a few notable looks that we really liked here at FresherThanChris.com.   Most of the time, men are supposed to rock a black tuxedo, but we appreciate when men try and push the envelope.   Check out some the most notable and fresh looks. 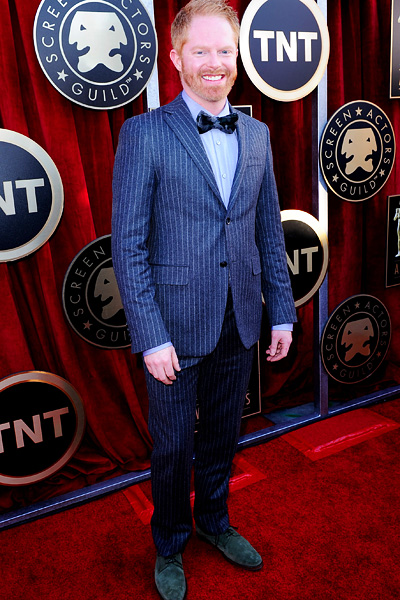 Jessie Tyler Ferguson rocks this a pinstripe suit ,grey suede shoes and camoprint bowtie .   Though I wasn’t a big fan of the suit I really enjoyed the bowtie.   I did some research and found the bowtie is from TheTiebar.com    It retails for $15. You can purchase it here. 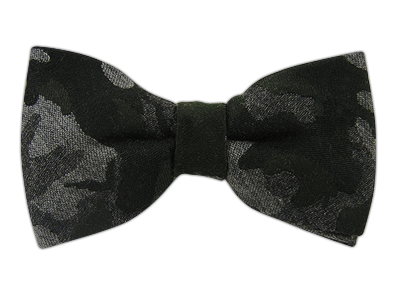 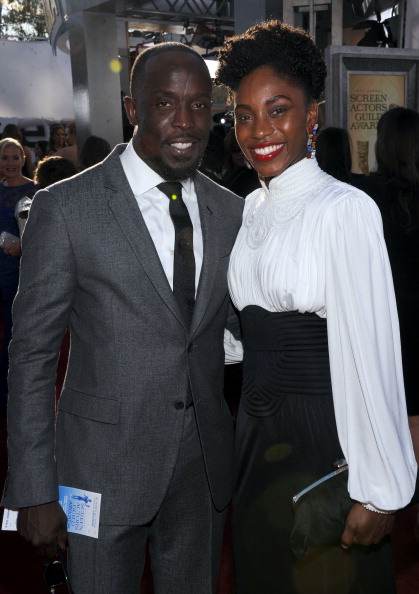 Michael K Williams in this grey suit.  Like his departure from the usual black tuxedo. 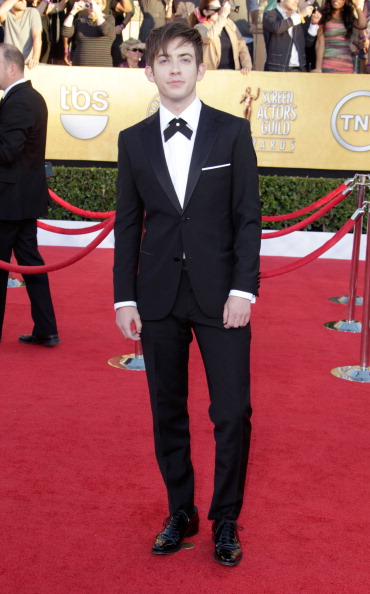 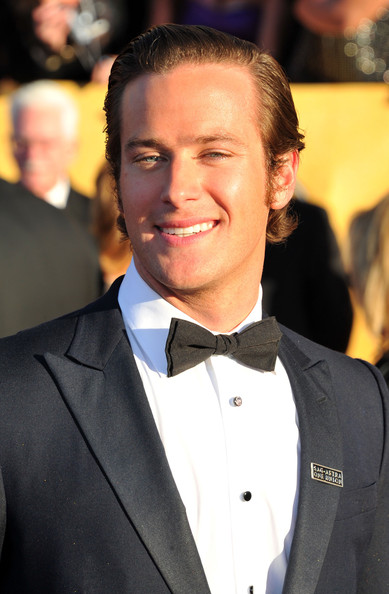 Arnie Hammer is peaked lapel suit with bowtie from TheTiebar.com as well 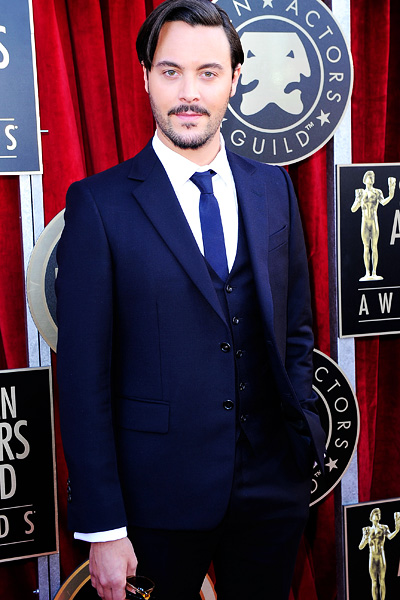