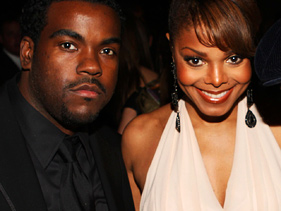 Rodney Jerkins sat down with MTV to discuss the project he has with megasuperstar and icon, Miss Jackson. Rodney discusses the musical direction of the album, what Janet means to him, and how he’s focused her on writing again.  It seems like Janet has finally found her footing and has a lot to talk about.   Failed albums, another failed relationship, death of a very close brother,… sounds like we have something similiar to the the VELVET rope days.. can’t wait.