I got a phone call for an early dinner from a good friend.  As we sat talking about what we are going to do that night, she mentioned she had been invited to the Reebok event at the Espace in the city.  I’ve been interested in the relaunch of the brand and decided to tag along with her when she mentioned she had a plus one.

As we snacked on passed food from waiters nearby,  I was introduced to Gossip Girl/The Game actress Tika Sumpter who was oh so nice and gorgeous.   Drinks were flowing and celebs were everywhere.  While Swizz Beats performed some of his hits,  I ran into Diddy, Tyson Beckford, Alicia Keys, Red Cafe and others.

All in all and good night…  Looking forward to what Reebok has coming up. 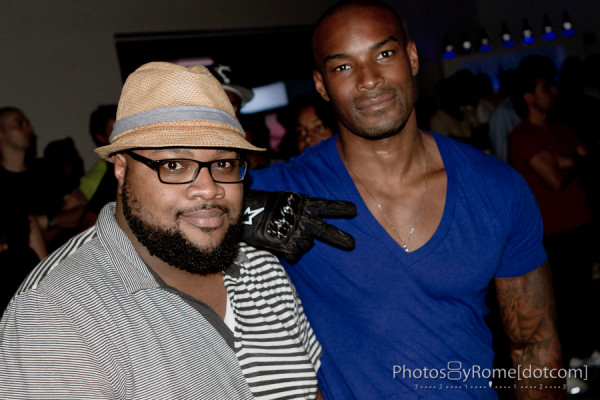