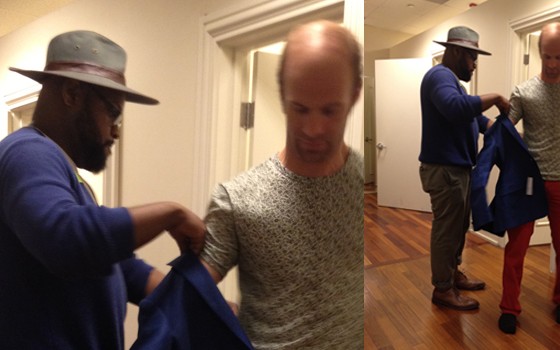 A few weeks ago, I got a call about a gig in L.A.   MACY’s Glamorama is a charity fashion show held in Chicago, San Francisco and L.A. respectively.  This ticketed event has  special musical performances and a great runway show, with proceeds going to help fight childhood illness, cancer and HIV/AIDS.    I was not only honored to be apart of such a great cause but excited to be the stylist for the promotional video. 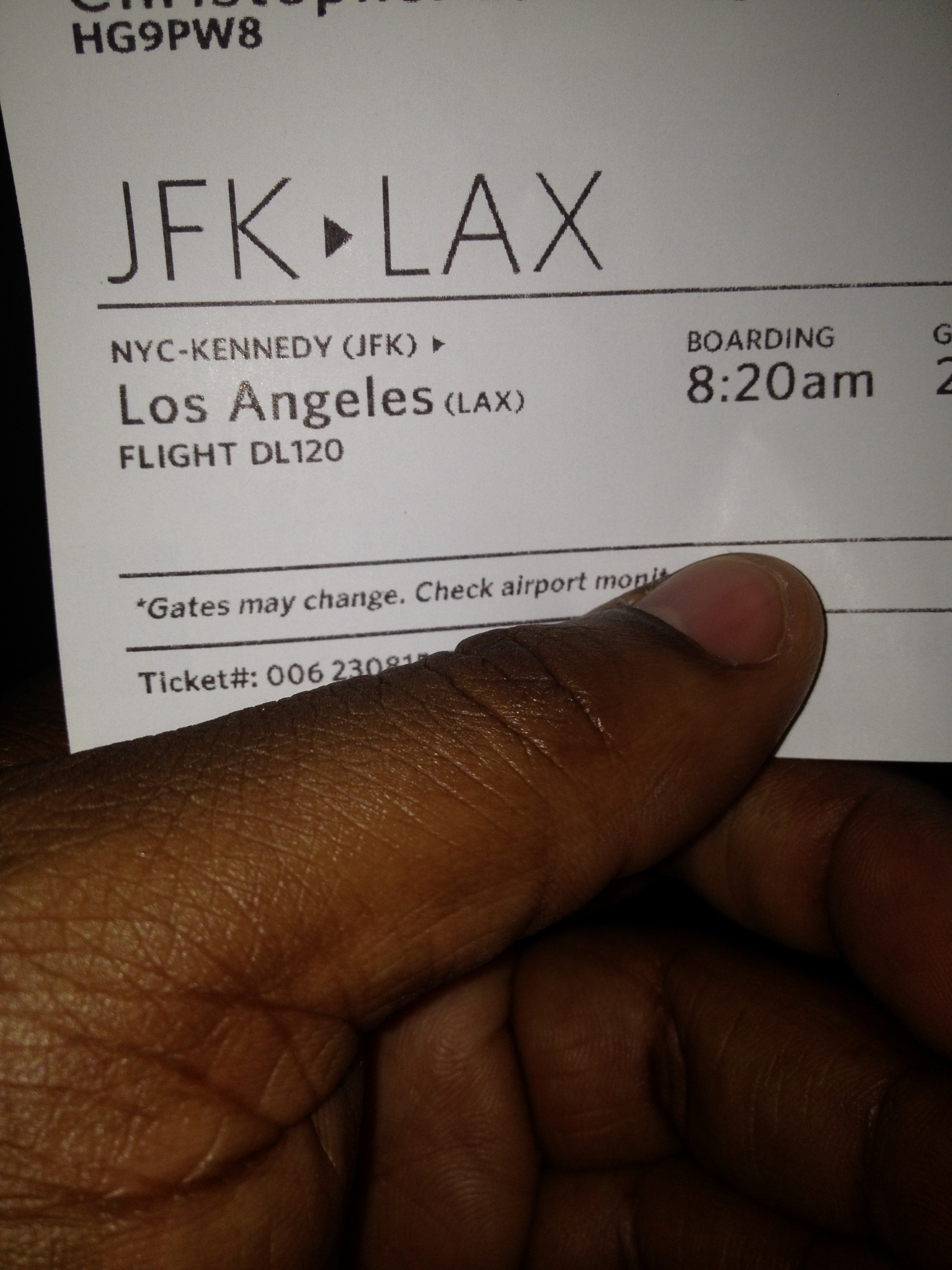 I flew out to L.A. on a Thursday morning.    Got off the plane and headed to my hotel.   I stayed at the W HOTEL Westwood which I highly recommend.  The staff was much more accommodating than ANY place I’ve been to.  The lobby was filled with posters from BEASTS OF THE SOUTHERN WILD.  The elevator has a photoboothesque camera that takes pictures of you in wallet size form.  Tres FRESH. 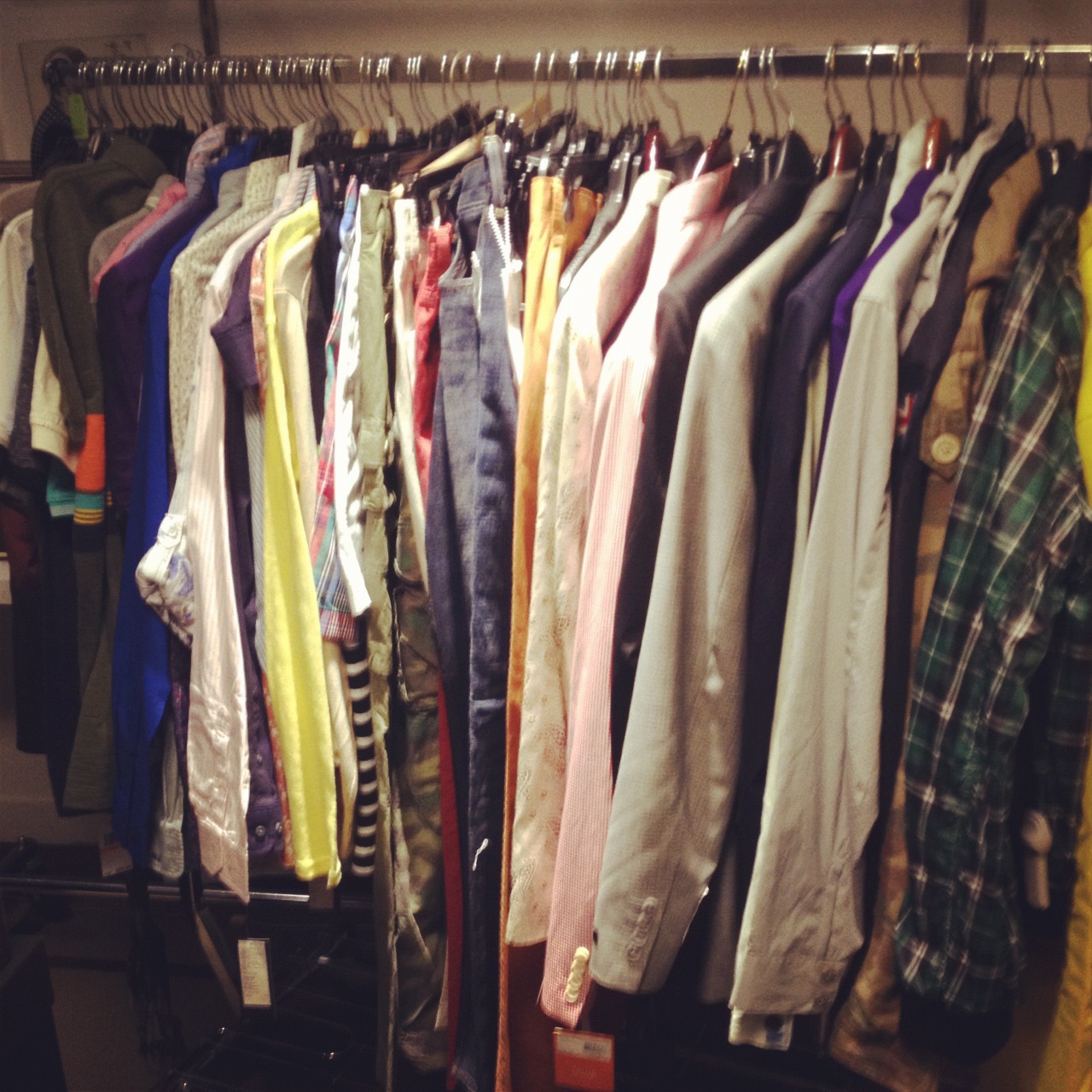 Went to Macy’s to do a pull.   The theme?  British Invasion. In other words,  MOD meets Modern. To date, its probably one of the biggest pulls I’ve done. The Macy’s in Beverly Center is way smaller than Herald Square but has lots more as far as designers in the store.  This Macy’s had everything from Theory to Armani Jeans.  I pulled a mix of high and low items.  For every Marc Jacobs coat, there was a Sean John T-shirt,  for Tahari Pants, there was a bar III button down and etc. 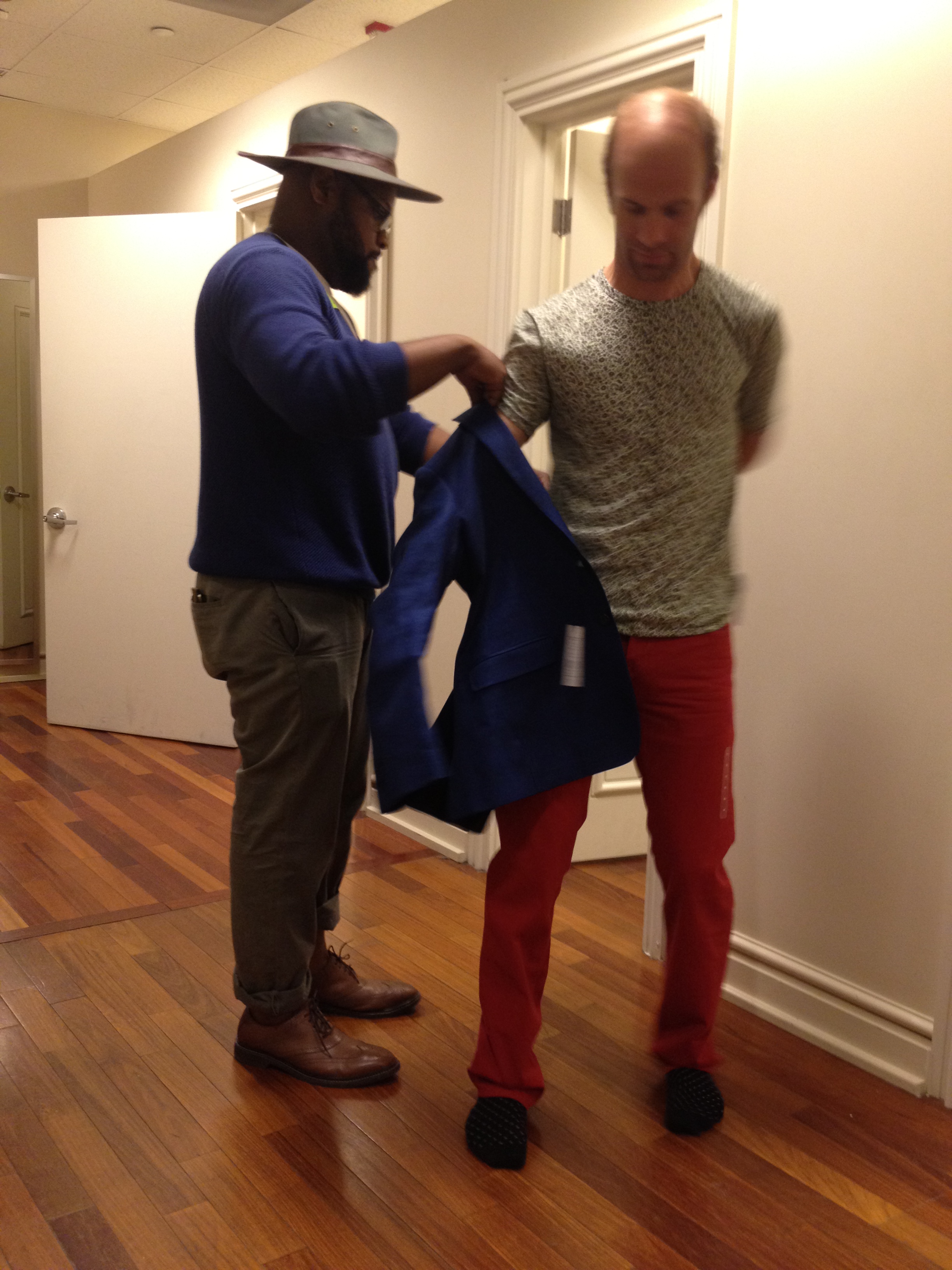 Friday was the fitting day.   It proved to be a long and arduous one.   The comedian Nathan Barnatt is not a fashion guy by nature, but was totally open to trying everything on and all the options I had.  A opening like that is almost UNHEARD of in styling worlds.  I can’t begin to tell you how many artists or celebs I’ve worked with who’ve complained the entire way, saying what they wouldn’t wear etc.      But Nathan was like that.   We tried on several options as I began to put together what would go where in the 30 second spot being shot in L.A and San Francisco. 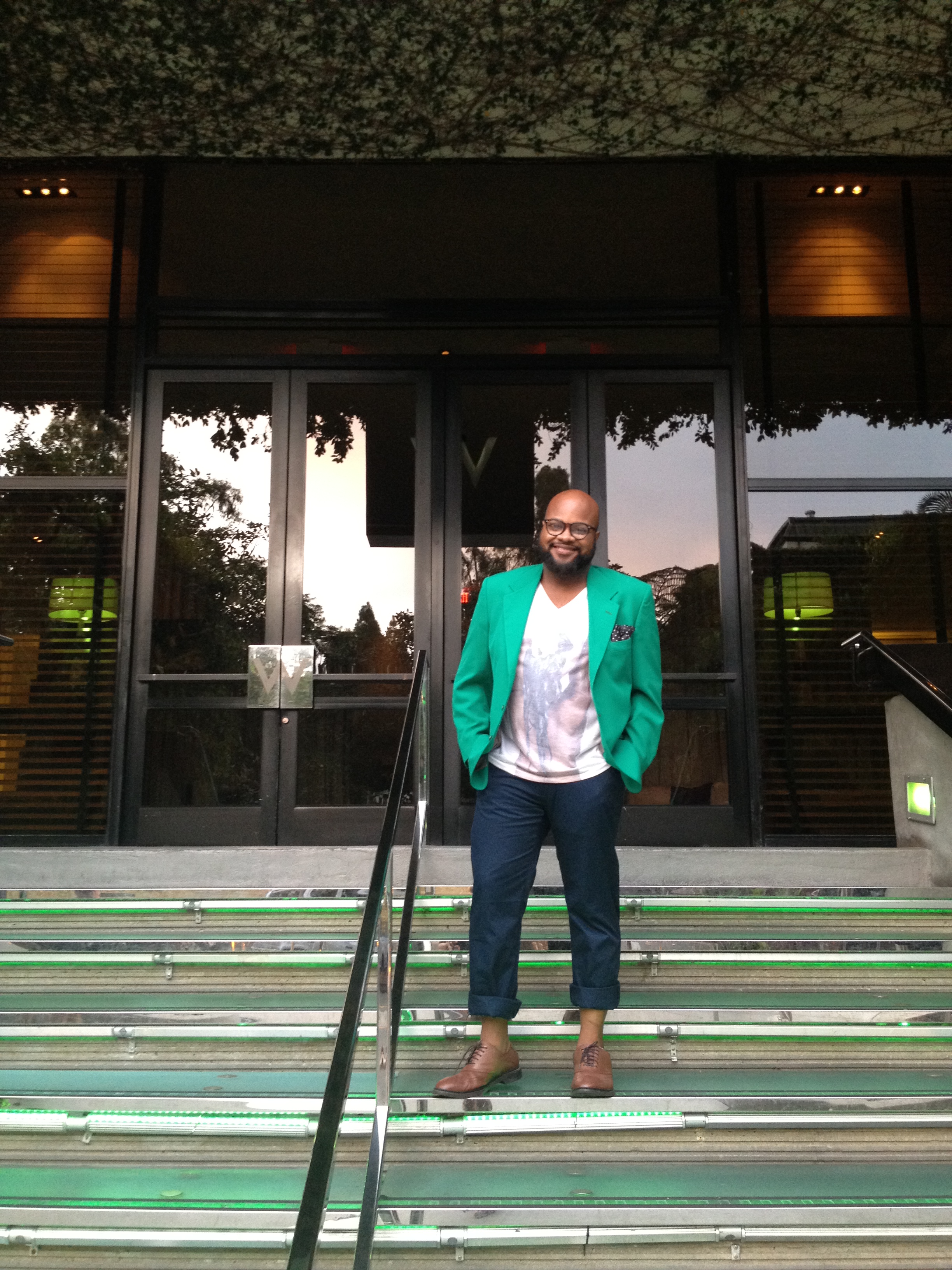 So it wasn’t all work.. I did get a chance to hit the town in LA.   After a nice happy hour at PINK TACO (and unexpected trip to H&M).. I came home and went home for a costume change and hit the town.  By the way, the outfit?   Blazer is Vintage,  T-shirt and pants are H&M, and the shoes are ColeHaan.   Had a night of drinks, a bit of dancing and a little star gazing, but mostly my mind was on work so that’s what I focused on.

Saturday was the shoot day.   Got up around 7am and headed out to meet with the crew and talent.    Turned our transportation into my mobile racks.   Putting all the looks out for each scene and literally restyling as the the time asked for it.  I can’t lie,  I was stressed and nervous.   The stakes were high.  But once the first set of looks came out, I got my stride and the styling became effortless.  Each look got better.  The client became happy and even Nathan started to fall into this character who really loved fashion. 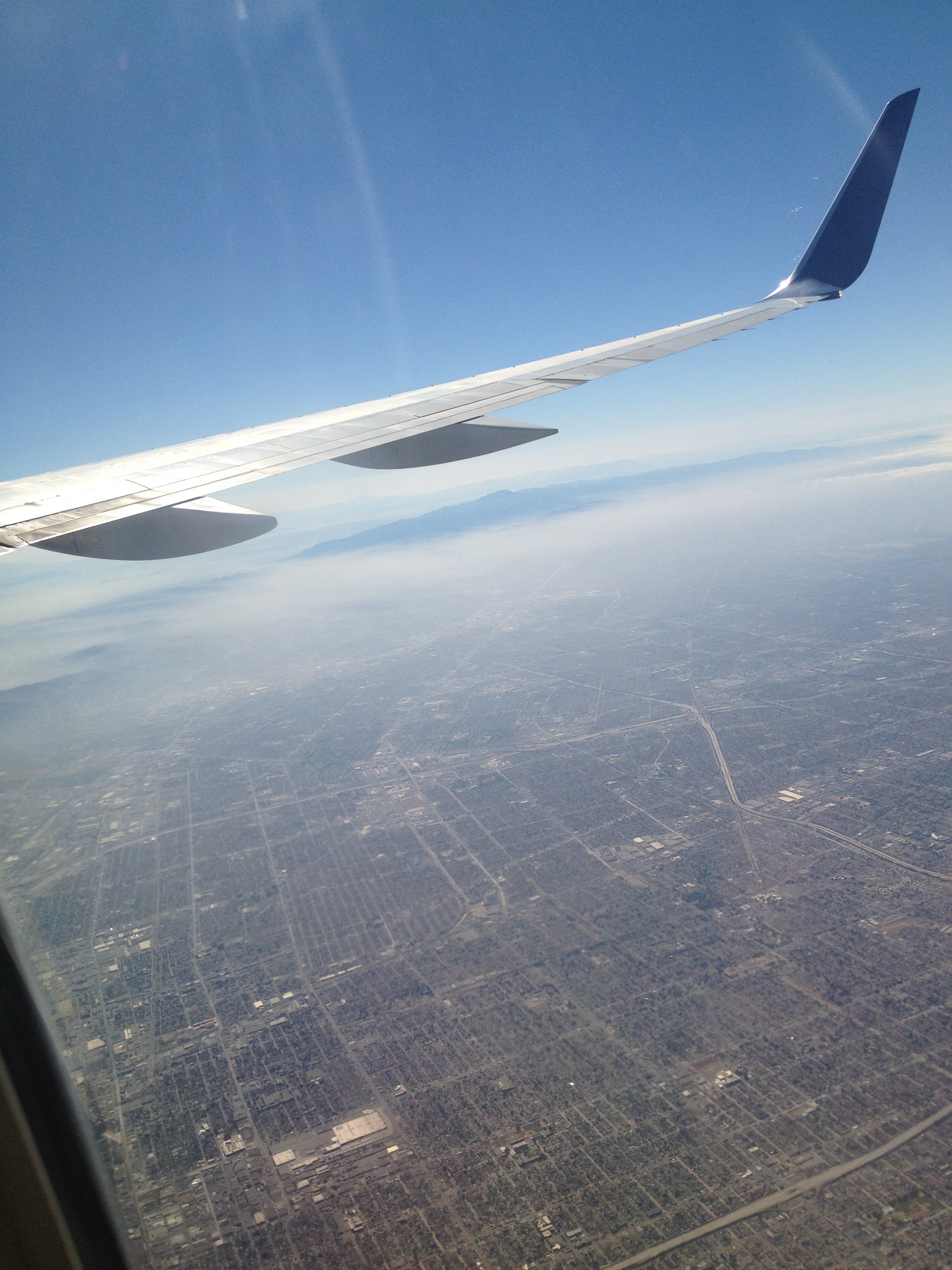 Sunday morning I went home.  It was a beautiful trip, both professionally and personally.  I look forward to sharing this work with you when it premieres and hope that you enjoy. I don’t always talk about my personal life on here, but i felt like this was important.