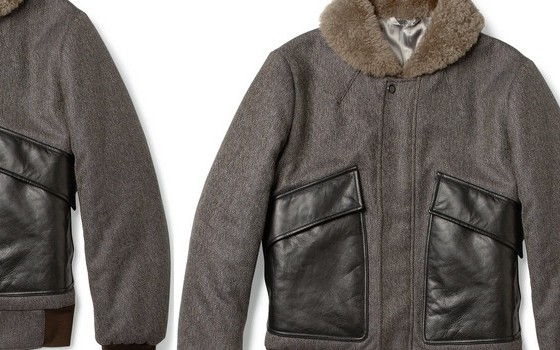 Disclaimer: We at FresherThanChris don’t have any gripes with Baghdad, but would rather like to introduce you to our latest 5 picks for our FreshFive series to the tune of an Outkast song. We’re discussing none other than Bomber Jackets. Bomber jackets, also known as flight jackets were originally designated for pilots dating back to WWI. The plane cockpits weren’t enclosed so they needed to wear something that keep them warm on the job. Then the movie Topgun came out in the late 80’s and the once uniform flight jacket gained mass appeal. Since then many designers have put their own spin on this men’s outerwear staple, and we’re seeing a lot of Fresh one’s that you’ll want to have this season.

1) Beams Plus MA-1 Padded Cotton-Blend Bomber Jacket. This jacket is a replica of the bombers issued in the air force and navy in the 50’s. It has all the features of the original, which will leave you not only functional but fashionable as well. Its available at Mr porter and Retails for $460. 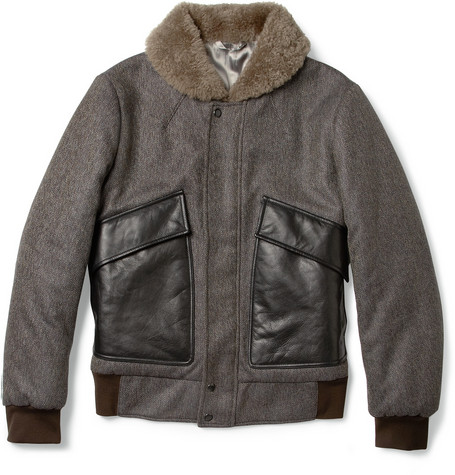 2) Alexander McQueen Shearling Collar Padded Bomber. This jacket is a modern interpretation of the iconic Bomber Jacket worn by Tom Cruise in Top Gun. McQueen kept the shearling collar, but set this bomber in a stylish wool herringbone fabric that is timeless. The dramatic pockets also stand out on this piece making it my favorite of this week’s Fresh Five picks. Also available at Mr. Porter, this bomber jacket is set at a pretty high price point of $1775. 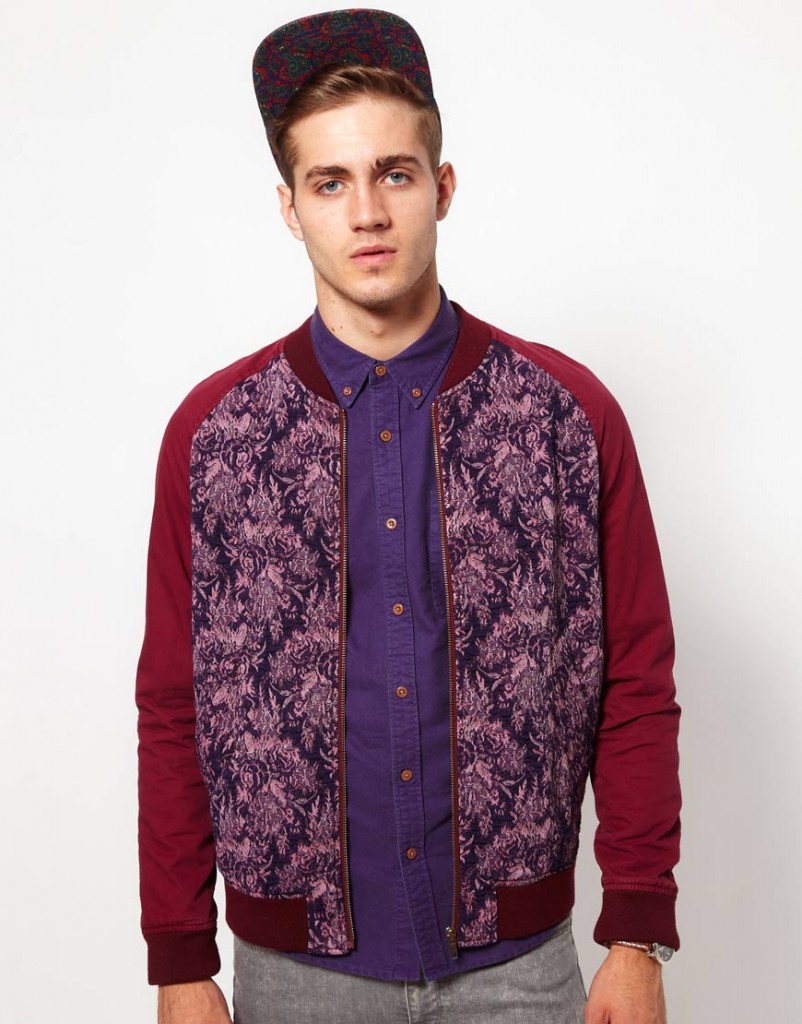 3) If the first two Bomber jackets were out of your price range, don’t fret. This next pick, the ASOS Bomber Jacket, retails for $90. This is a fun take on the traditional bomber jacket, as this one has raglan sleeves with a burgundy tapestry print fabric. 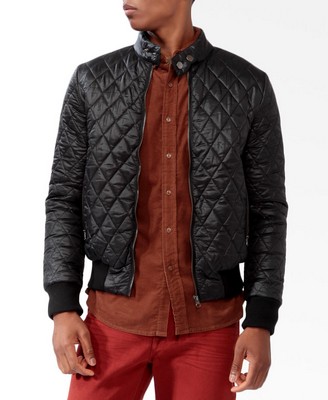 4) The Quilted Bomber Jacket is another great pick. The quilted pattern makes this black nylon Bomber look sleek, and can be easily paired with many different looks. It also has the traditional ribbed trim like other bomber jackets. Its available at Forever21 under their 21Men line and retails for $39. 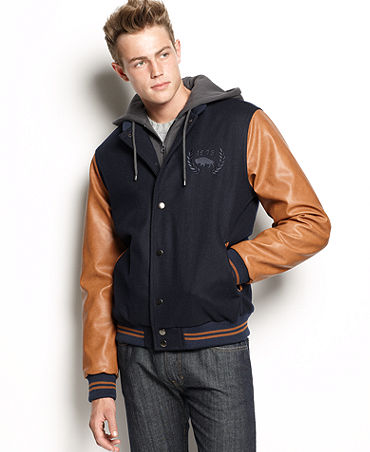 5) The last pick is the Buffalo David Bitten Varsity Hooded Bomber Jacket. Over time the bomber jacket has evolved into the Varsity Jacket and this pick is a nice merge of the two. The striped detailing on the trim and logo on the chest give this jacket a youthful feel. This bomber jacket is available at Macy’s and retails for $100.