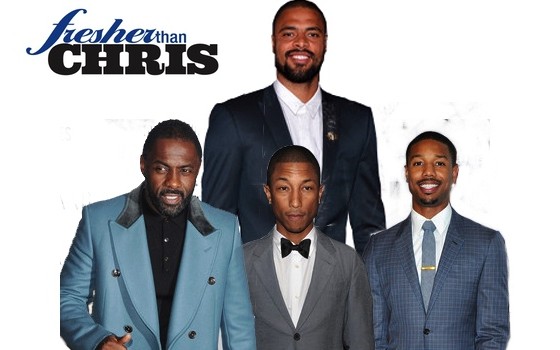 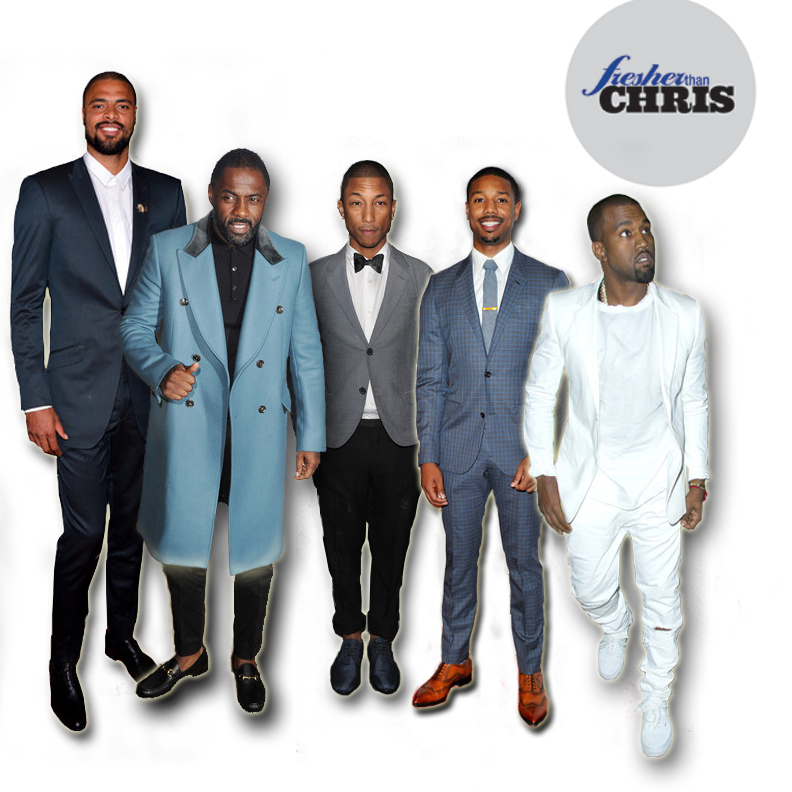 So many red carpets, so many paparazzi shots,  so many stylish fellas showed up and showed out for 2013.   Style is hard to rate as far as 1-10, but all the men mentioned below have made a serious impact from a fashion standpoint.   Check out some of the fresh fellas that were FRESH Dressed in 2013.

Much like his acting career, Justin Timberlake’s personal style is sometimes a hit or miss.  Nevertheless this year, Justin Timberlake stepped into his grown man newly married swag and put on the finest of Tom Ford among others.  When it came time for his press appearances, he stayed in a monochromatic color scheme and it worked for him.

Taking more risks on the court than off the court this year, Tyson Chandler still showed that you can be really tall and tailored at the same damn time.   Opting out of the cropped pants and some more risk taking moments he was known for, he kept it suited in the likes of Waraire Boswell.

This has been a big year for Idris have notable performances in both the TV series Luther and the biopic of the late Nelson Mandela.   Idris loves to wear perfectly tailored suits and statement outerwear.   The baby blue Gucci peacoat he was one of the biggest menswear moments of the year.

Aziz Ansari is quite underrated as an comedian and as a fashion presence.  He is always suited up and not afraid to add color and play with different silhouettes.  Historically, comedians usually dress pretty terrible (CC: Sinbad), pretty daring (CC: Eddie Murphy RAW) or stylish.    We look forward to seeing more from this guy whether he’s buried alive or casket sharp.

Kevin Hart has made serious moves this year.   From his successful stand up films to starring roles in cross over films, He’s one of the comedic actors to watch right now.   Not just because of his performances, but because of his fashion. Sporting a myriad of brands from Kenzo to DSqaured2,  Kevin’s fashion may be the only thing about him that is no laughing matter.

Being in a boy band doesn’t allow translate into a great personal style.   Especially when you spend years having to coordinate your look with your other bandmates and in this case, your brothers.   Yet Joe Jonas has recently found his footing both on stage and off.   He flows from awesome suiting to very chill and relaxed personal style.  Such versatility at his age is to be applauded.

Another young star enters on list, this time from across the pond.  Tinie Tempah is a fashion favorite.  Always rocking fresh looks, Tinie Tempah also moves from tailored to streetwear with ease.   Though I have to admit, his suited looks are better fit in my opinion.

Michael B Jordan is not only the one to watch from a film standpoint,  he’s really made a statement on the red carpets as well.  Michael is always tailored to the T and every designer really wants to dress him.   He doesn’t really play in the streetwear move and I’m totally okay with that.   I would love to see him play more with color and print in the next year.

Despite a not so great year on the field,  Victor Cruz is clearly winning in the world of men’s fashion.   Victor’s fashion efforts are noticed by all the menswear designers and magazines.   He was named most stylish athlete at the 10th annual style awards.   As a invited guest to the MET Gala and front row seating at all the important fashion shows, Victor Cruz continues to be a name synonymous  with mens’ fashion.

Russell Westbrook has been considered a fashion darling and a fashion misfit all at the same time.  While I don’t agree with all of his choices (The Kids Choice Awards Phillip Lim inspired look was Terrible), I respect his style efforts.  He loves fashion and loves to play with the idea of prints, silhouettes and new layering.  I think he looks best when he is chill and focuses on one look.  While he’s out due to injury, I hope he studies up on some new looks and consults Fresherthanchris.com for some more tips.

Whether its his fashion statements or his statements on fashion,Kanye West made a lot of noise in the music and fashion world this year.  Going from leather skirts to leather joggers,  Kanye West had some serious fashion moments this year.   Inspired by Seattle Grunge of 1994, Kanye loved to rock skinny ripped jeans,  plaid shirts tied around the waist and oversized outerwear.

Pharrell not only had a comeback year in music,  he really had a comeback year in fashion.   Mixing downtown style elements like the YSL fedora, the denim skimmer with construction boots, to full on suiting thanks to Lanvin, Pharrell proved men’s fashion can push the envelope and still be masculine.   His 24 hour video for “HAPPY” often felt like an ode to his personal style,  showing how he can go from downtown to dapper in an matter of hours.