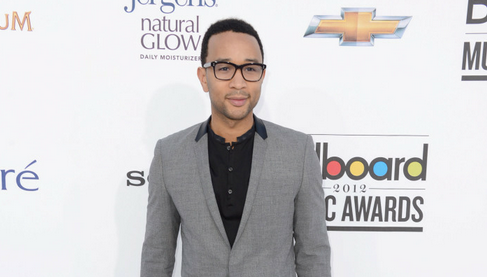 Yesterday, The Billboard Awards sponsored by #POPASUNDROP aired on ABC.   There wasn’t much excitement on the red carpet in my opinion.  There was a lack of attendance from some of the stars we are used to seeing.  Nevertheless we did notice some pretty fresh fashion moments happening on the red carpet.    Oddly enough, this award showed the men taking the lead and pulling out the fresh looks.   See below. 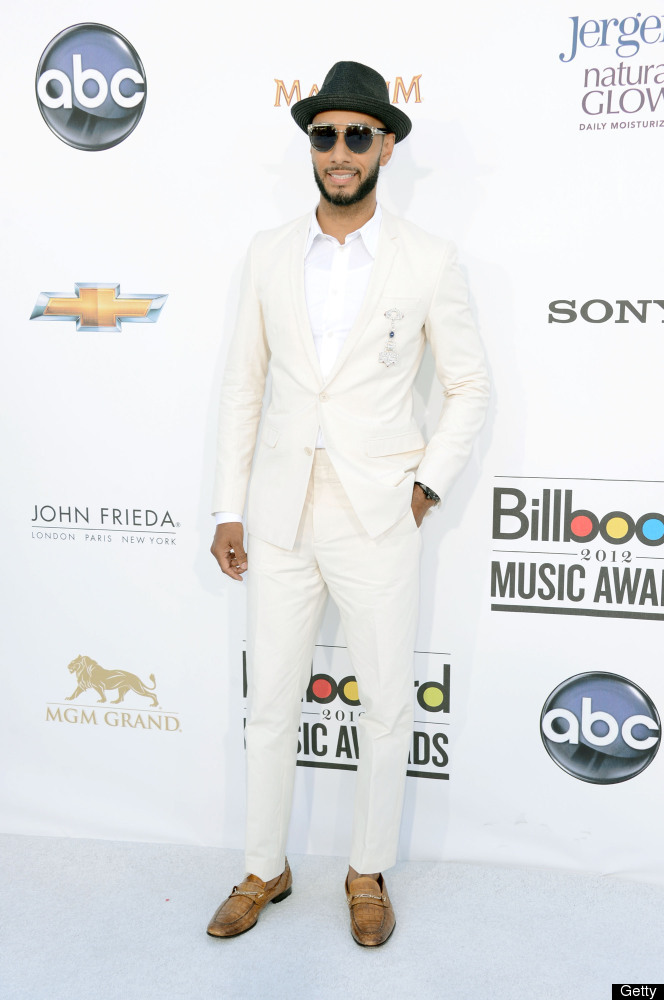 Swizz Beats looks rather dapper in this white suit, most likely by Givenchy.    I also like the sock less Gucci loafer.  I would have taken off the hat tho.  It just doesn’t go with this outfit. 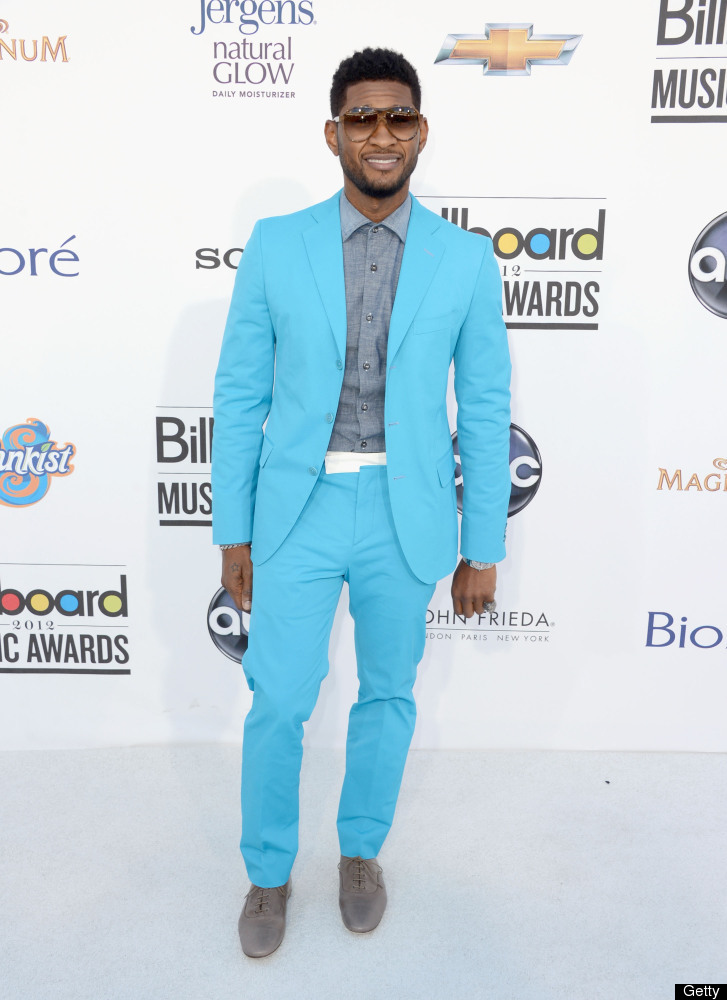 Usher rocking a neon blue look.  It looks like Versace to me, but could easily be Jill Sander.    Its youthful yet not too young.  Love the grey shoe and chambray shirt.   Best he’s looked in awhile. 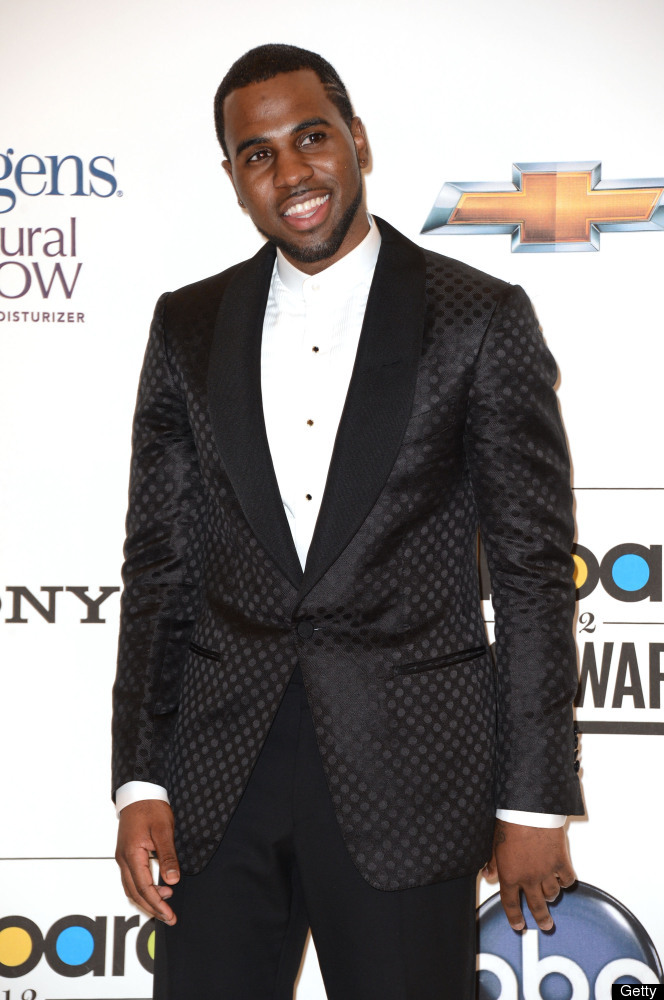 Jason Derulo has had his fair share of bad style options.  Its great to know that he’s found his style or a stylist. Like the brocade moment happening with his tux.    I might have done a different shirt underneath or a just unbutton a white oxford, but nonetheless, I find this look pretty fresh. 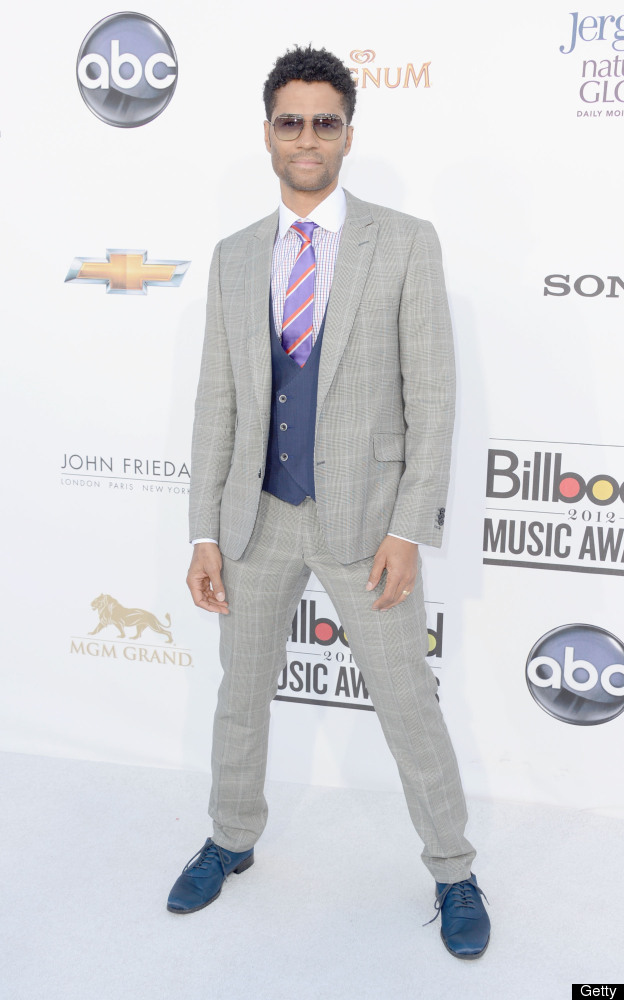 I see where Eric Benet was trying to go, but just like his marriage to Halle Berry, it didn’t work out.   He needed to edit this look.  Either get rid of the vest or switch out the tie.   There’s too much look going on.  This might have been cool for an album cover or an editorial shoot, but it doesn’t look fresh here on this white carpet.

Jeremih’s look was pretty fresh.   Love the White blazer and the mix with the t-shirt, pant and kicks. 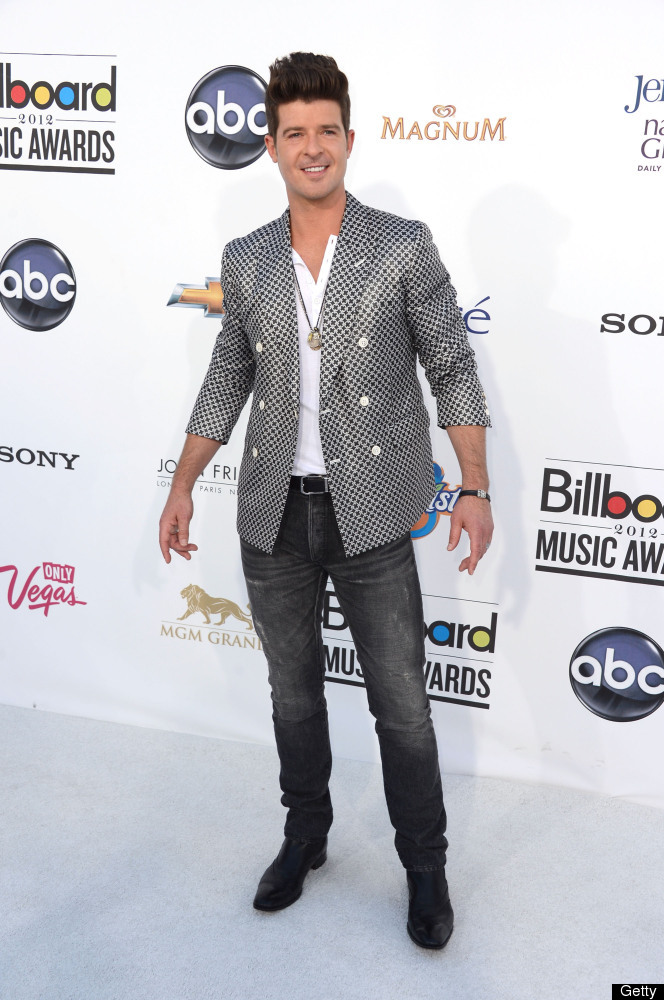 I’ve seen Robin Thicke look better.   This blazer is super busy and doesn’t seem to fit correctly.  A simple grey blazer on this look with a patterned pocket square would have suited better in my opinion. 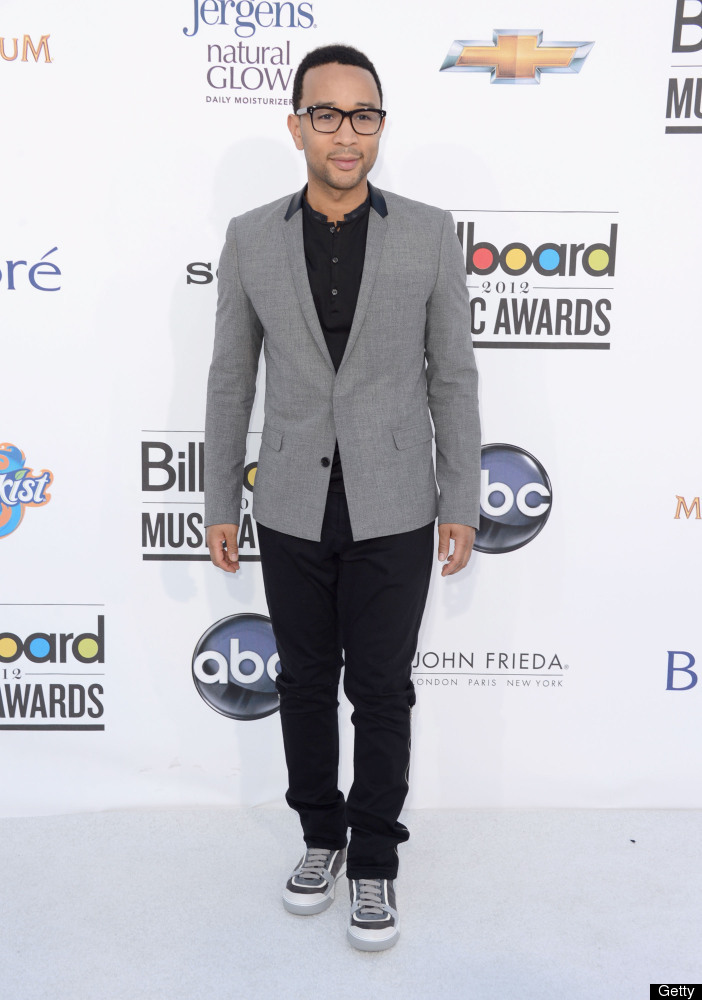 John Legend rocking a nice casual look on the red carpet.   Perfect attire for this occasion.   Like the kicks as well. They look like D&G. Not sure tho..